I love voyeurism on film almost as much as I love one location films. I think the reason that voyeurism intrigues us so much is that we all feel like we’re being watched sometimes. There’s a scientific explanation to why we feel like that, but that’s a completely different blog post. I’ve already written about my absolute favourite voyeuristic films, Peeping Tom (1960), Blow-Up (1966) and Psycho (1960) but here are five more fantastic ones. 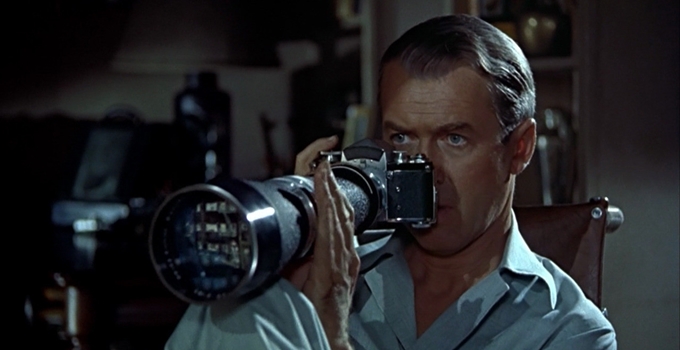 James Stewart plays a news photographer who during a heatwave finds himself confined to a wheelchair in his apartment while his broken leg heals. He spends his time observing his neighbours through his rear window. One day he sees something that makes him suspect that his neighbour has murdered his wife. Grace Kelly is marvellous as the unappreciated fiancée. The film is shot in a very clever way. We see the neighbours almost entirely from his point of view which makes us his surveillance accomplices. They’re observing the neighbours, but we are also observing them observing the neighbours. Rear Window is a wonderful film about obsessive human curiosity.

Cesar is a miserable apartment concierge who can only obtain happiness from making other people’s life hell, which he does in secret. He has spare keys to all the apartments and he completely abuses the tenants’ trust. He decides to focus on Clara who proves to be harder to break down mentally than the other tenants. I don’t want give too much away so I’m going to stop there. It’s an unsettling film that’s designed to take away any sense of security you have about your home. It reminds me a bit of El Habitante Incierto (2004), and it’s equally well made and unforgettable. 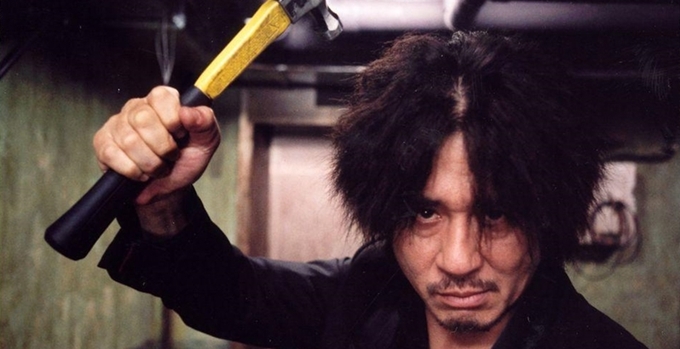 Part two of Park Chan-wook’s Vengeance Trilogy. Dae-su, a married man with one daughter, is kidnapped and locked up in a makeshift prison for fifteen years. He’s released with a mobile phone and a wallet full of money. An unknown man calls him and gives him five days to figure out why he was imprisoned. A gripping neo-noir film with lots of sadism, dark humour and Hitchcockian paranoia. Sympathy for Lady Vengenace (2005), part three of the Vengeance Trilogy, is also breathtaking.

An American writer in Rome is stalked by a serial killer after witnessing a murder attempt on the wife of an art gallery owner. The local authorities won’t let him leave the country. The police fail to make any progress with the case so Sam decides to start his own investigation. To me, few things are as cosy as a good old Dario Argento film. His Profondo Rosso (1975) is one of my all time favourite films. This is a beautifully shot murder mystery with Hitchcockian suspense, dark twists and a perfect soundtrack. The opening scene is amazing and will have you hooked.

The lovable Kyle MacLachlan plays a college student who upon returning home after his father collapses, stumbles across a severed ear in a vacant lot. With the help of a naive high school girl played by the fabulous Laura Dern, he starts an investigation that leads him into a world of voyeurism, sadism, madness and sex. This is a disturbing and compelling film by the master of surreal storytelling, David Lynch. If you’ve never seen Twin Peaks, take a weekend and binge watch it. It’s the greatest TV show of all time.

How about you? Do you have any favourite voyeuristic films?